The starting point for the history of the Zaporizhzhia plant was the adoption of the Plan of Economic Development for the USSR Republics in the early 1970s. The document was set to solve the problem of the acute shortage of beer in the country. The Plan included the construction of about 22 beer brewing plants with the annual output capacity of 45—60 million liters of beer each. The construction of one of the first brewing plants according to a novel design by Czech engineers, started in 1971, with a record capacity for that time of 72 million liters of beer a year. Czech professionals were supervising the installation and checkout of equipment, as well as trained their Ukrainian colleagues to operate it. On December 12, 1974, the personnel of the Zaporizhzhia Beer Plant No. 2 made their first brew, and the first batch of beer was bottled on January 15, 1975. The new product was gaining popularity at a fast speed.

In 1976, the plant joined the Zaporizhzhia Industrial Association of Beer and Soft Drink Producers, which then was in operation until 1984. In 1986, the history of the plant saw the start of a campaign to fight alcohol addiction. Back in those years, sales quotas were introduced for the product, so this led to a significant drop in production output. For a while, beer had been in short supply. The years of Perestroika were also tough on the plant, with the economic crisis of the late 1980s worsening the matter. Ukraine was suffering from the collapse of the financial and payment systems, as well as from the disruption of economic links with the Soviet republics. However, despite all the challenges, the production was running virtually non-stop.

Ukraine declared its independence and switched to a new economic model

May 1998 marked the start of the history of the Slavutich brand, when the first bottle of that beer was filled using the upgraded equipment of the plant in Zaporizhzhia. In the 2000s, the brand was among the most popular names in the Ukrainian beer market. Its range included the following beer trademarks: Slavutich Svitle, Slavutich Premium, Slavutich Mitsne, Slavutich Non-Alcohol and Slavutich Ice.

In 2001, the Slavutich beer took the first place at the national award program Person of the Year in the category Best Trademark of the Year. In November 2002, at the international festival and contest Choice of the Year, Slavutich was declared “Beer No. 1 in Ukraine” for the second time.

The major project of 2007 was the relaunch of BBH Ukraine’s primary brand Slavutich. As part of the relaunch plan for Slavutich, the design of its packaging was updated, the taste of the product improved and its positioning strategy changed. Thanks to its successful relaunch, Slavutich’s market share grew 125% and the trademark scored 4th in the Ukrainian market in volume terms.

Lvivska Brewery merged with ВВН Group. Over $35 million in total has been invested in this company since the start of this cooperation

The history of Lvivska Brewery, the oldest brewery in modern Ukraine, started in the distant 1715. It is commonly known that back then monasteries played an important role in brewing. Monks were not just good craftsmen — they possessed a deep knowledge of brewing. In the quiet of their monastery cells, they would peruse ancient scripts to select the best recipes and brewing techniques. Through experiments, the monks were brewing their “own and good” beer.
In the first half of the 18th century (in 1715), Count Stanisław Potocki granted the Jesuit monks who settled on his land the right to build their brewery in the Krakivske suburb of Lviv. The beer brewed by the monks fairly soon not only became a favorite with the domestic population, but also appealed to people across Europe, which turned Lvivska Brewery into one of the most powerful beer manufacturers and one of the best three breweries in Austro-Hungarian Empire.
When the Jesuit Order was stripped of their privileges and properties, their license for brewing was first grabbed by private owners and later by the Lviv Joint-Stock Association of Brewers. This way the best brewing traditions were preserved and multiplied. The fans in Europe would recognize not only the beer varieties Bawar, Porter Іmperial, Exportowе, but also the trademark glass bottles it was sold in.

During the Soviet period, the company was called the Lviv State-Owned Food Production Company “Kolos”, the most powerful beer producer in Ukraine, which comprised five breweries across Western Ukraine.
Then next important milestone for the brewery was reached in 1999, when the Open Joint-Stock Company “Lvivska Brewery” began cooperating with a strategic investor, Baltic Beverages Holding. That moment marked a new stage of development for the enterprise, when significant costs where invested in the modernization of the brewery, which allowed aligning the brewing technologies and product quality with the international standards.
As part of its restructuring process, Lvivska Brewery merged with Carlsberg Ukraine, which is part of the Danish Carlsberg Group.
In summary, today it is a modern company with novel production technologies, one of the most powerful beer brewing enterprises in Ukraine and an undeniable leader in the Western part of the country. The old-school Lvivska Brewery combines time-proven recipes it has been collecting for the 300 years of its existence with cutting-edge technology. 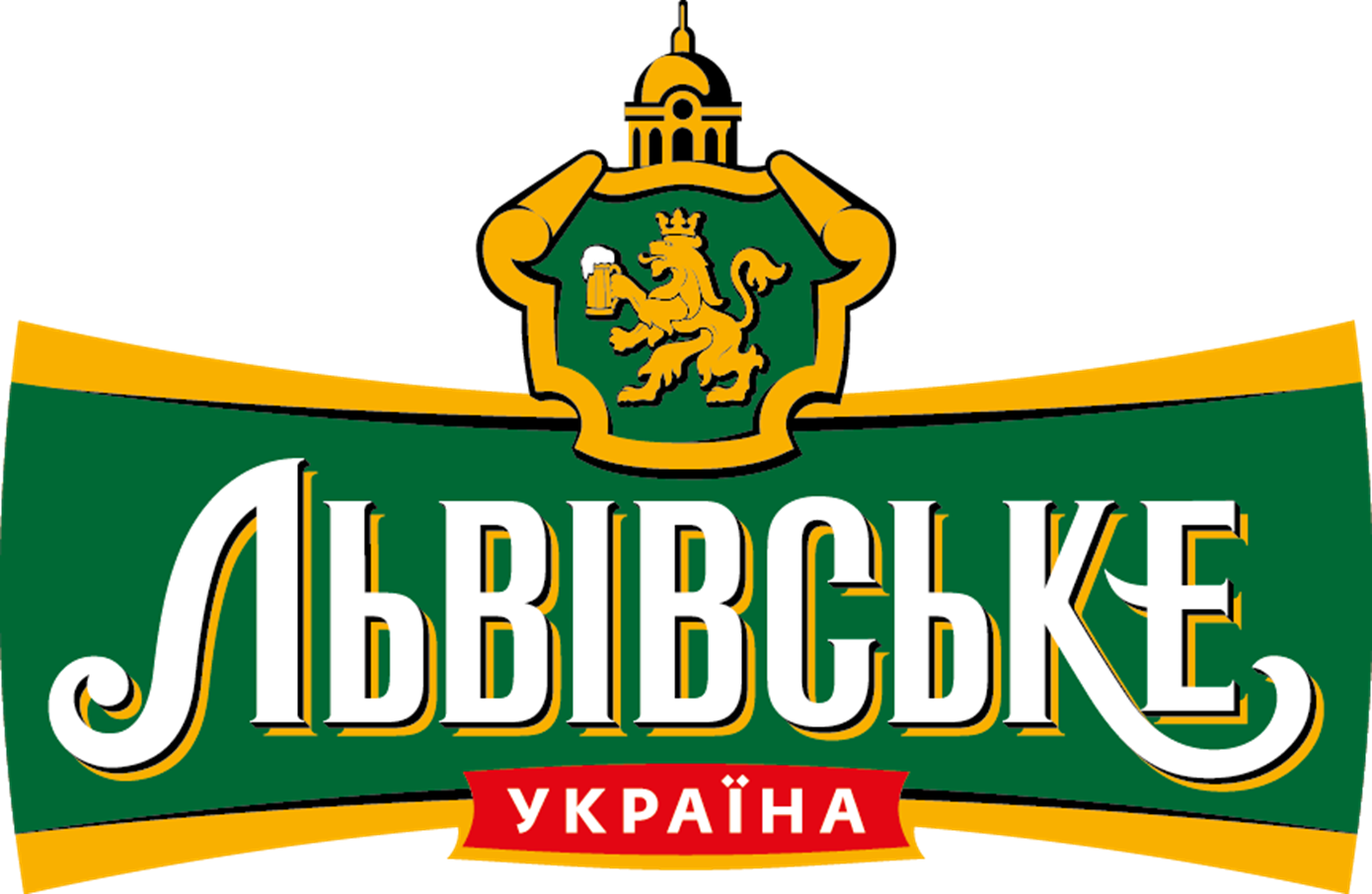 Signing of the contract with PepsiCo Inc, which granted BBH Ukraine an exclusive right to make and sell in Ukraine the soft drinks Pepsi, Mirinda and 7UP.

Upon the decision of Carlsberg Breweries’ Board of Directors, BBH Ukraine recieved a license to produce one of the world’s most famous beer brands, Tuborg.

The decision to build a new Slavutich brewery in Kyiv (now the Kyiv Brewery) was made in 2000, with first vigorous steps towards the realization of this project taken in.  Kyiv Brewery was officially opened on June 7, 2004 — less than 18 months after the starts of the construction. Today it is the most advanced brewery in Ukraine. It has taken advantage of the latest global innovation in brewing and construction. The plant is operating on state-of-the-art brewing equipment produced in Belgium, Germany and Switzerland. The production process itself is designed to take into account the latest technologies of energy efficiency and health, safety and environment protection. The special advantage of the Kyiv plant is in its convenient, functional space planning. The annual output capacity of the Kyiv Beer Brewing Plant is 473 million liters of beer. More than 400 staff work at this plant.

The first museum brewing opened under Lvivska Brewery. The museum’s visitors can get acquainted with the world history of brewing from the ancient times to the present.

Carlsberg Breweries acquired Scottish & Newcastle and became the sole owner of BBH. That way BBH Ukraine was transferred to Carlsberg Group and was renamed to Slavutich, Carlsberg Group.

The company obtained certificates of compliance with the international standard ISO 22000:2005 that defines requirements for food safety management systems.

In 2010, the company adopted the United Nations Global Compact, thus declaring its commitment to the 10 principles in human rights, labor standards, environment protection and anti-corruption.

During UEFA European Championship EURO 2012 ™, Carlsberg, being the official sponsor of the tournament, initiated a number of social campaigns aimed at improving the beer drinking culture of football fans. To that end, in the course of the tournament, they distributed over 150 thousand of branded wristbands to the attenders of the official fan zones in Ukrainian host cities of EURO 2012 ™, with text that reminds about the importance of responsible drinking. Also the reminder of the importance of responsible drinking was displayed on advertising billboards along the perimeter of the football pitches at stadiums during matches.

The company also initiated the effort to keep fan zones clean and tidy. To that end, they installed spacious garbage bins in the official fan zones across Kyiv, Kharkiv and Donetsk to collect plastic beer cups. The bins bore motivational calls “Discard trash for a cleaner life”. This initiative helped significantly reduce the volume of garbage traditionally left in the city streets after public events. Overall, over the course of the Tournament it was collected 93,649 kg (49,360 kg in Kyiv, 34 979 kg in Kharkiv, 9,310 kg in Donetsk) of garbage.

Based on the results of the re-certification audits conducted in August 2013, Carlsberg Ukraine’s Kyiv plant was the first in the Eastern Europe and the fourth in Carlsberg Group to receive a certificate confirming the compliance of its food safety system with the high standards of FSSC 22000:2011. The audits of the company’s production sites in Kyiv, Zaporizhzhia and Lviv have also shown that they comply with the requirements of the international standards ISO: 9001:2008, 14001:2004, 22000:2005. FSSC 22000 is a certification scheme for food manufacturers, which includes the requirements of ISO 22000:2005 (Food safety management systems) and ISO/TS 22002-1:2009 (Prerequisite programmes on food safety), and it has been approved by GFSI (Global Food Safety Initiative). A FSSC 22000:2011 certificate is a requirement put forth by many global retail and wholesale networks, such as Tesco, Metro Cash & Carry, Wal-Mart, Delhaize, and Auchan. The competent experts have testified that the company’s plants are efficiently leveraging modern management methods and instruments along with state-of-the-art software.

Currently all of the company’s integrated management systems are demonstrating high performance and ensure consistent and sustainable production of high-quality brands of beer, soft drinks and cider

Carlsberg Ukraine is one of Ukraine’s best employers

Carlsberg Ukraine made it to the list of the best Ukrainian employers according to the ranking “Capital 500. Ukraine’s Best Employers”.

The ranking, which included 150 companies across various industries, was based on checklists compiled for the largest enterprises in the country. The checklists took into account both financial performance of the company and any additional information about various HR initiatives and projects. The next stage of the assessment involved a panel of experts who evaluated the companies against a range of criteria, from the salary level and career potential to the working climate and the degree of implementation of the corporate social responsibility policies. The third source of assessment was the feedback from the students of Kyiv’s higher education institutions, with 750 students of different disciplines participating in the survey. According to the overall assessment, Carlsberg Ukraine topped the list of the best employers among the country’s brewing companies and took the 42th place in the national rating.

Simultaneously with Capital’s rating, the largest employers were assessed on the scale of the performance of their HR teams. The rating was initiated by HRForum, an association of HR professionals. Based on the opinions of independent exports, Carlsberg Ukraine’s HR team led by the VP of Human Resources Maryna Ivantsova was awarded the first place in the industry’s list of the best employers among the producers of alcoholic drinks and beer. Carlsberg Ukraine provides full-time employment to over 1,700 staff. In line with the company’s business strategy, people are the organization’s main asset. The company puts much effort into personnel training and development, arranges numerous professional workshops and corporate initiatives on upgrading the skills of its employees.

2015 was a special year for all enthusiasts of Ukrainian beer, for it was the 300th anniversary of the famous Lvivska Brewery, which over its long history has witnessed many prominent inventions and incredibly exciting events

Reputational ACTIVists, a ranking suggested by the media company Business, is a way of recognizing the accomplishments of Ukrainian companies in reputation management and an opportunity to encourage other market players to comprehend the importance of reputation capital. All candidates went through an unbiased selection process and were assessed by a publicly known expert panel.

“The open dialog that company maintains with its audience is one of the key management tools, since the country’s potential is defined to a large extent not only by its economic performance, but also by how businesses organize their reputation management system. Through this ranking we aimed to raise our readership’s awareness of the ever growing importance of reputation,”